A Greek tragedy in the 20th century

Last year I read the Uninhabitable Earth by David Wallace-Wells, which halfway through felt like an ice shower being on a circular loop. By the time I reached the end of the book, I felt so horrible for all the children and the “gift” we are so proudly giving, the wrecked planet. What an inheritance! I bet none of them would love us more for it. Then I picked up this book, Losing Earth: The Decade We Could Have Stopped Climate Change, which, judging by the title, will provide for yet another icy shower. Long story short, it did not disappoint.

Starting strong with the first sentence, “Nearly everything we understand about global warming was understood in 1979.“, meaning we have been incompetent for the past 40 years! I say incompetent since we had all the information needed to start acting on it. Sadly, some are still applauding themselves.

This science history book reads like a thriller but feels like a Greek tragedy, with the plot riding the structural wave with twists and turns showcasing the battle between the good and the evil. If only we didn’t know how this scenario would end.

Losing Earth provides a detailed historical account of the many events, House and Senate hearings, reports, conferences, that shaped the climate “debate” starting in 1979 and leading up to the Rio Earth Summit in 1992. We follow the journey of the lead character, an environmental lobbyist, Rafe Promenance, and a NASA scientist Jim Hansen, who each in their way battle with the political circle, oil&gas industry, and the general public. Their primary goal is the acknowledgment of the scientific results on the greenhouse effects and the first official actions of a solution. This battle, at times, does not end well for them, as you could imagine.

What to do? It is discouraging to think that with all the information, technology, and advancements we pride ourselves on, we are still mostly blind and unable to move past the crawling stage of human development and start walking into a better future.

To end the review, I will borrow a quote from dr. Tyson’s latest book, The Letters from An Astrophysicist, on the question “What if you are President” to which he answers: 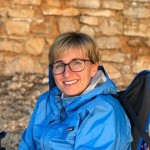 Book Review: Letters from an Astrophysicist by Neil deGrasse Tyson